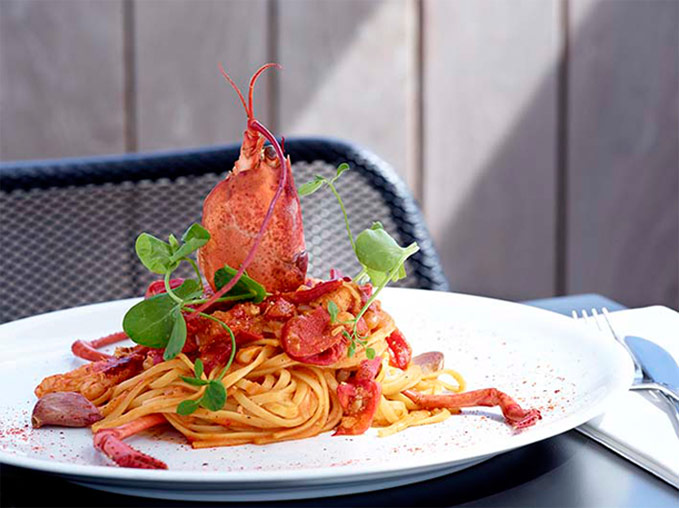 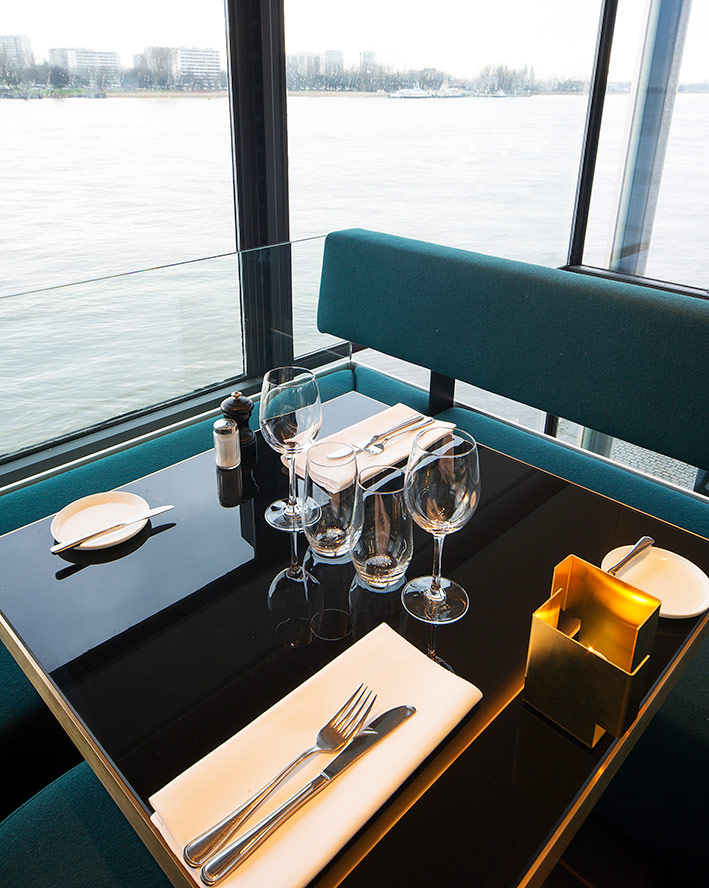 In an outstanding Antwerp setting in terms of architecture, interior decoration, art and design, lunch or dinner at RAS goes beyond food. It is an unforgettable total experience; an opportunity to enjoy spending time with friends, family or business relations. While your taste buds are pampered, let yourself be carried along by the timeless flow of the water. Welcome.

Looking for a event room?

RAS has a delightful function room and a practical meeting room. Organise your event with a breathtaking view across the Scheldt, the district and the cathedral. 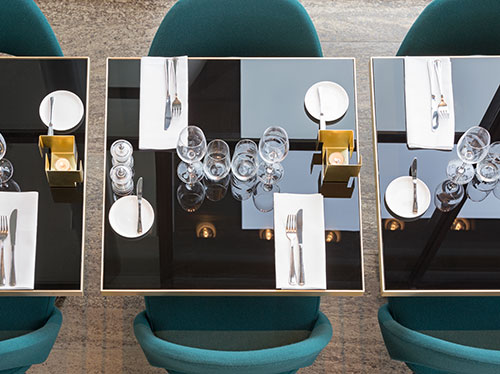 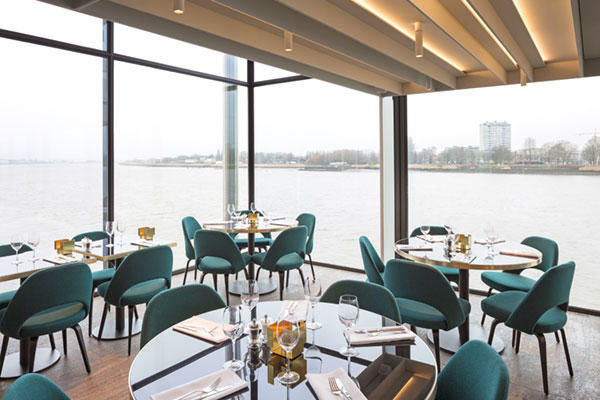 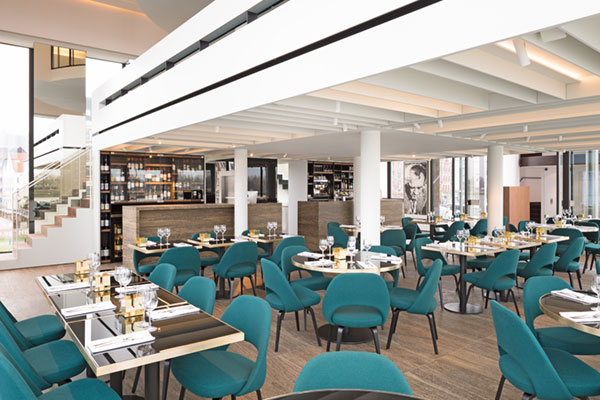 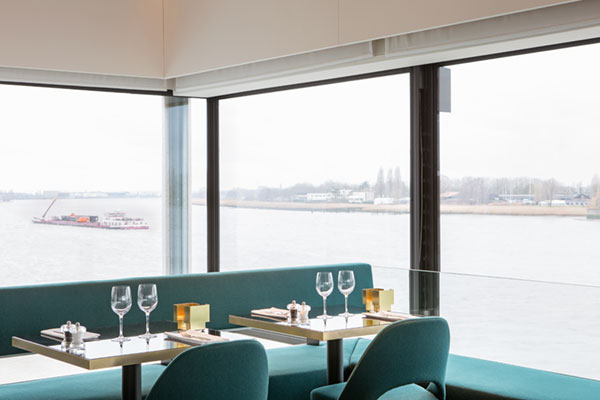 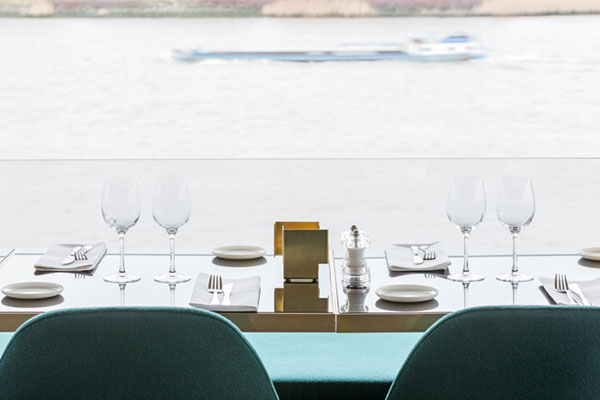 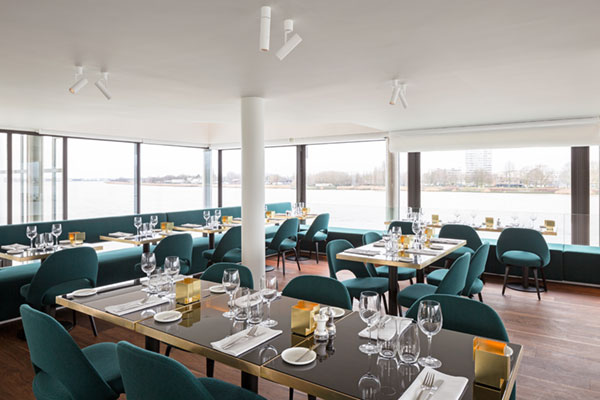 The menu includes a limited selection of high-quality classics. The best ingredients are used to prepare all the refined and simple dishes.

The preparations go back to basics, keeping the tastes as pure as possible. The cuisine follows the rhythm of the year, reflected in the seasonal suggestions. An extensive wine list includes also a few superior wines by the glass to ensure a total food concept.

The versatile space or function room is on the fourth floor. This stylish room is suitable for both business and private occasions. We can organise your corporate presentation, press conference, staff party, reception, dinner, stand-up buffet, etc. here. 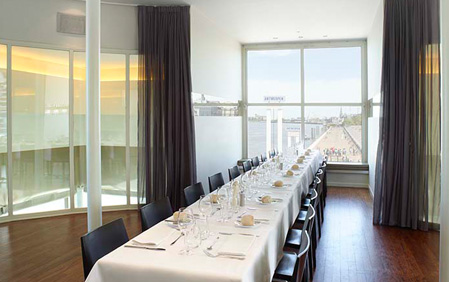 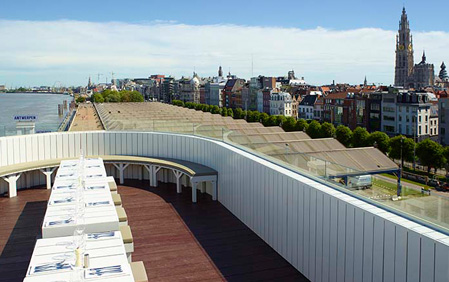 The room ensures the required privacy, combined with a superb view. RAS provides the perfect cuisine to complete the whole.

The unique roof terrace (26 m high) is also included in your function room booking. From here, your guests will enjoy an amazing panoramic view over the Scheldt, the Linkeroever district and the cathedral.

Please contact us for a customised quote, without any obligation.

The meeting room is on the fifth floor. This elegant space with a panoramic view is fully equipped: screen, beamer, dimming, flip chart. The room is entirely geared to the needs of professional meetings. 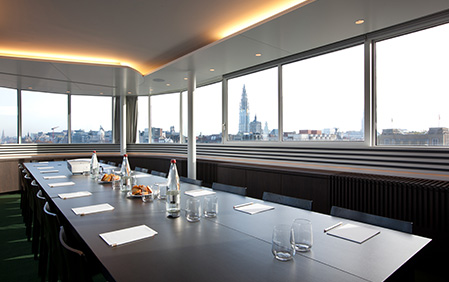 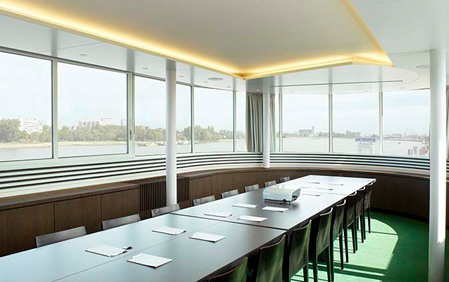 The meeting room can be hired at a cost of € 300 per four-hour period. This includes service, cleaning, notepads, pencils and the use of our audiovisual facilities.

Please contact us for a customised quote without any obligation. 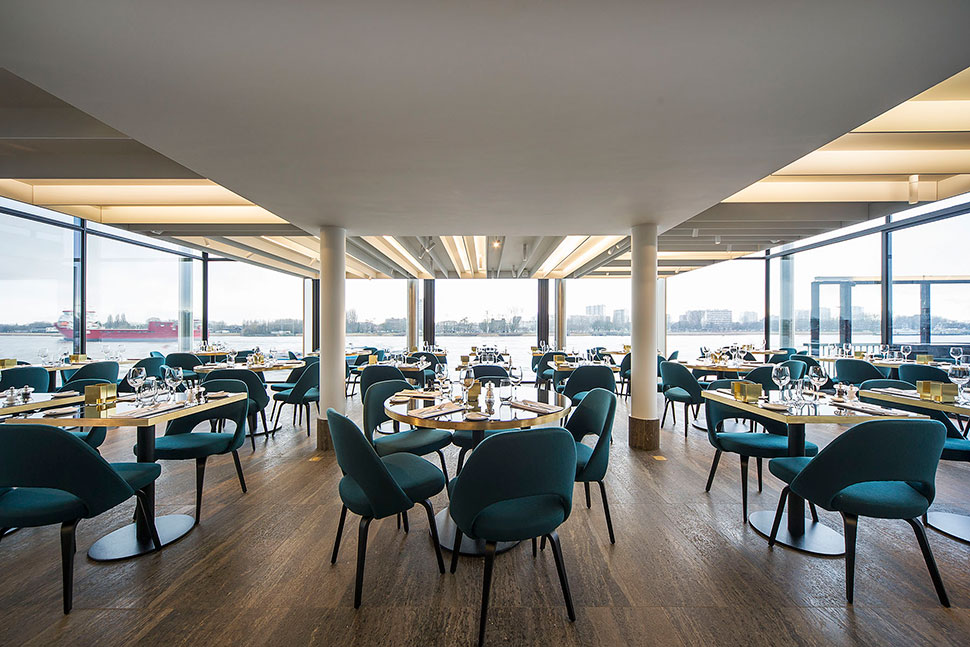 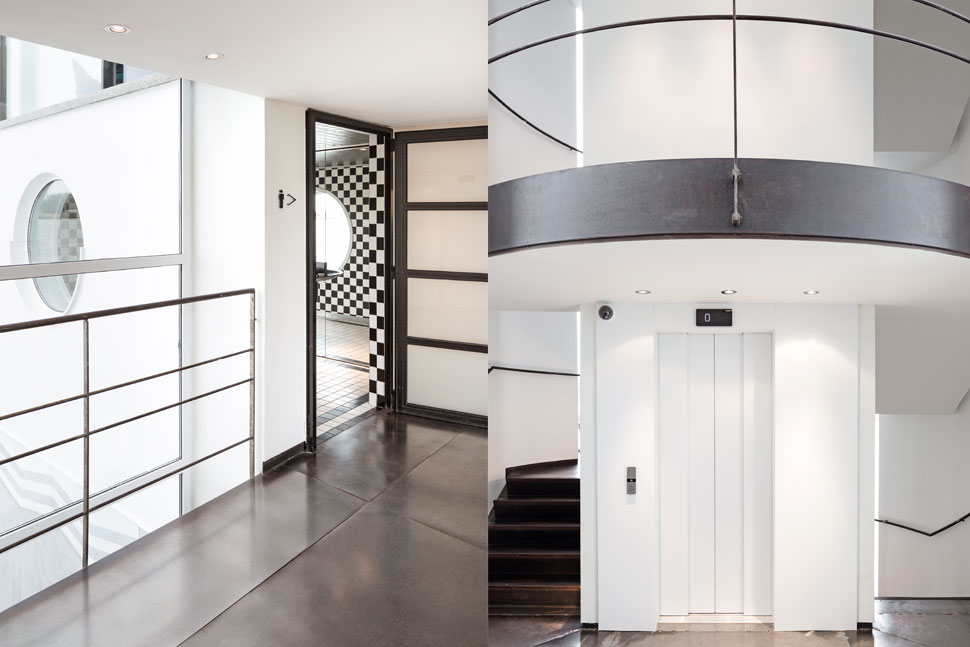 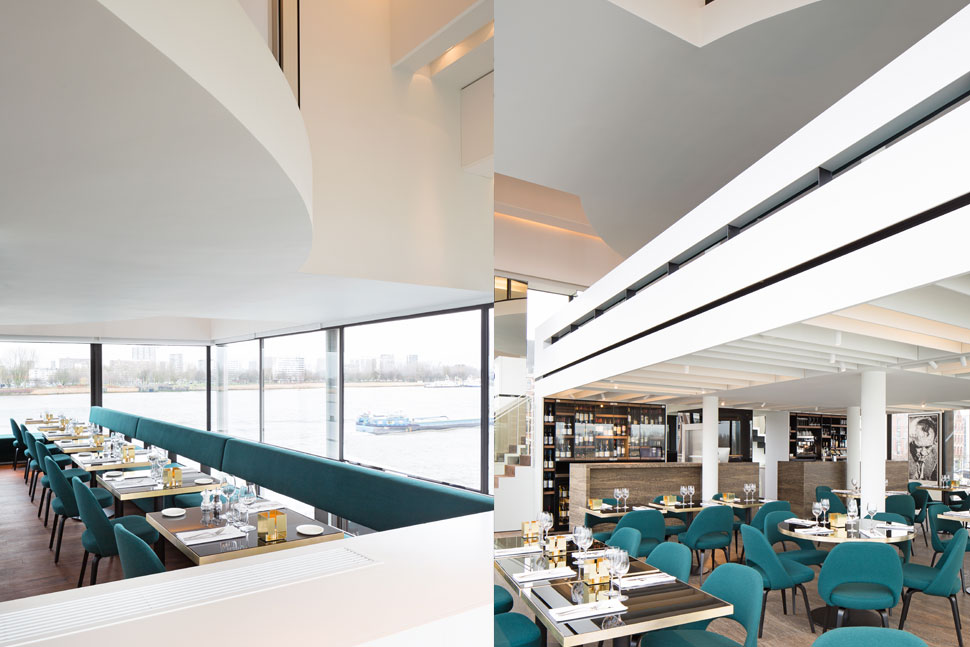 In the early 1990s, the current owners commissioned its reconstruction. The undertaking was led by Flemish Master Architect bOb Van Reeth. As a result, the ‘Zuiderterras’ became a pioneering project in Antwerp, with the focus once again on the water rather than just on the city centre. The task of revitalising the banks of the Scheldt had begun.

Between 1991 and 2016, the building and terrace were regularly altered, revamped and refurbished, each time maintaining the authenticity of the structure.

After 25 years, a thorough renovation and alteration of the infrastructure proved necessary, the aim being to create an even better view of the water. A new story, a new look and therefore a new name, too. RAS entrusted this conversion work to Co.Studio, former students of bOb Van Reeth. They drew the plans for the renovation, keeping in mind the original architecture.

The new concept creates an interior that is warm, cosy and comfortable. The new style can be described as “understated chic”.

Choose one of our gift vouchers:

Voucher for an extRASpecial meal for two.

Two glasses of champagne and two menus of your choice from the seasonal suggestions for a total value of € 125. (In the interests of discretion, the amount is not indicated on the voucher).
Voucher worth € 75.

This voucher can be exchanged for lunch or dinner, as preferred. The amount is pre-printed.

The vouchers are valid for one year as of the date of issue.
Upon receipt of your payment, we send the voucher to you by standard post.

Parking
Ample parking space is provided next to the building (paying).
Free parking is also available in the immediate vicinity.